Orange hawkweed (Hieracium aurantiacum) was discovered in Kosciuszko National Park in 2003. Since then, an eradication program has been conducted to avoid widespread infestation and ongoing control costs.

These perennial European weeds damage native ecology by forming dense mats and outcompeting other species. There is also the potential for significant loss of agricultural land if left unchecked. Some 6 million hectares of land has been affected in New Zealand by various species of hawkweed.

The eradication program deploys a core of NPWS officers and volunteers to search out individual infestations of hawkweed in the NSW high country.

Each day, officers and volunteers set off from the NPWS depot in Khancoban for locations in the Jagungal Wilderness area. In these locations, hawkweed has been found and treated to avoid its spread. To ensure every last plant is located, participants walk in staggered lines, within grids defined by handheld GPS devices. The effect is not unlike a police line searching for evidence.

Hawkweed grows in a range of habitats including in tussock and boggy country and on wooded slopes. It can be difficult to spot among a variety of similar looking plants, especially early in the season before it buds. Finds were relatively rare and much celebrated. There is hope that the plant is being held in a ‘deathgrip’ by the team dedicated to its destruction. At a later stage, drones capable of recognising the flowers, and sniffer dogs will also be used to track it down.

Some of the search locations were stunning, with views of Mt Jagungal and the main range. We were blessed with perfect temperatures for high country walking and had only one day with some bushfire smoke. The work can be demanding at times, as each walker must try to hold the line, even when confronted with dense and prickly vegetation or bog. Rather than going around obstacles, the general rule is ‘crash on through’, as hawkweed can be hidden in the scrub or in the wet. There are also copperheads and brown snakes to watch out for.

After work, we swam in the Khancoban pondage and the Swampy Plains River – and enjoyed cold beer and hot meals at the Alpine Inn pub (when not cooking at our comfortable NPSW rental accommodation).

If you would like to know more about participating as a volunteer in the hawkweed eradication program, please refer to the NPWS website: www.nationalparks.nsw.gov.au/things-to-do/volunteer-activities/hunting-hawkweed.

See also, this item on the ABC’s Gardening Australia: https://www.abc.net.au/gardening/factsheets/hawkweed-hounds/11709068 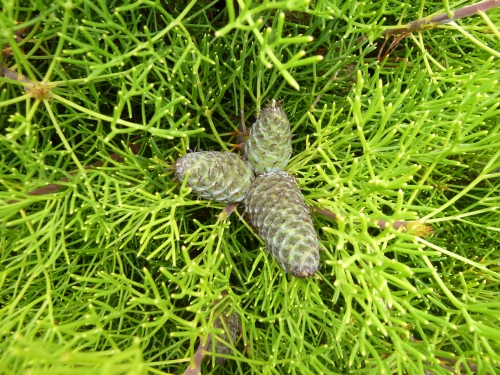 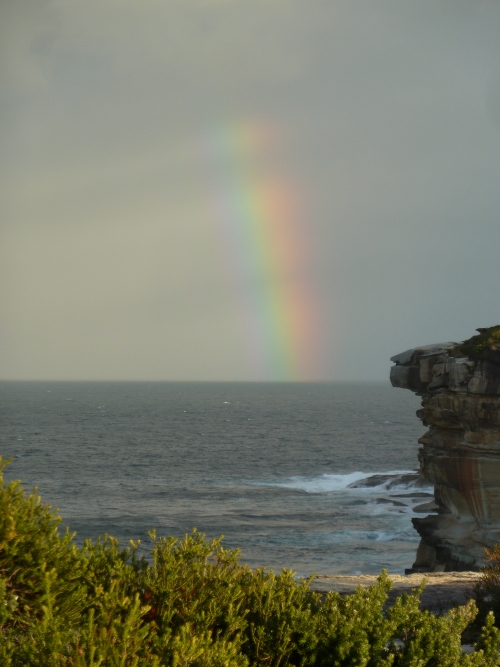